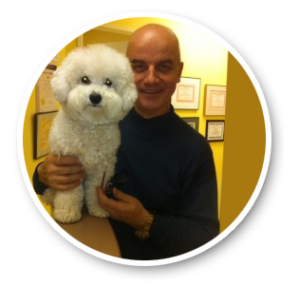 For many centuries, countries in Eastern Europe have played host to innovative centres of excellence in natural therapies. Among them,perhaps none enjoys a more vibrant history in promoting alternative healing than Bulgaria. It has been home to longstanding natural remedies, curative spas and hundreds of thermal mineral springs that date from pre-Roman times. It was in the capital of Bulgaria that Krassimir Vajarov obtained his M.D. from the Medical Academy of Sofia in 1977. After one year in medical practice and concurrent further studies at the Medical Academy, Krassimir Vajarov obtained his certification as an ophthalmologist.

He worked in western Bulgaria at the General Hospital in Kyustendil (a city with its own network of 40 healing mineral springs), specializing in diagnosing and treating eye diseases over the next 13 years. With traditional medical school training as the foundation for further study, Krassimir Vajarov began to explore natural treatments that had become a personal interest before his university years. This “avocation” evolved into a professional commitment to the principle that holistic treatments can be applied in harmony with traditional medical treatments. Neither one has to be perceived to negate the other. In this respect, the path to better health could well be viewed as a collaboration between a medical doctor and the holistic practitioner, each offering complementary expertise. Indeed, since his earliest days in medicine, Krassimir Vajarov has offered alternative therapies in parallel with his practice and achieved widespread recognition for his research into complementary medicine.

Krassimir Vajarov has a lifelong commitment to learning. He has studied, published articles, and delivered speeches in North America and Europe on a wide range of alternative medical treatments over the past three decades. Since 1977, he has received specialized training in various forms of acupuncture in Bulgaria and Canada, including Chinese, classical Japanese, and Korean hand acupuncture. He is also a member of the Chinese Medicine and Acupuncture Association of Canada and the Canadian Society of Chinese Medicine and Acupuncture. As well, he has received his diploma from the Acupuncture Foundation of Canada and is recognized by the Academy of Naturopaths and Naturotherapists.

Since moving to Canada in 1992, Krassimir Vajarov has practised at both the Vajarov Acupuncture Clinic in Ottawa and the Eyes on Health Clinic in Gatineau. In addition to his principal activity as an acupuncturist, he promotes better health through the following interventions in which he has received intensive training: phytotherapy (herbal medicine), allergy elimination, reconnective healing (channeling the body’s natural energies), contact reflex analysis (analyzing physical and nutritional needs), and iridology (studying changes to the iris of the eye to detect changes in health patterns).

The patients of Krassimir Vajarov, D. Ac., benefit from a multi-disciplinary tradition of alternative medicine. In essence, the Clinic offers a balanced approach to pain management, wellness and well-being.